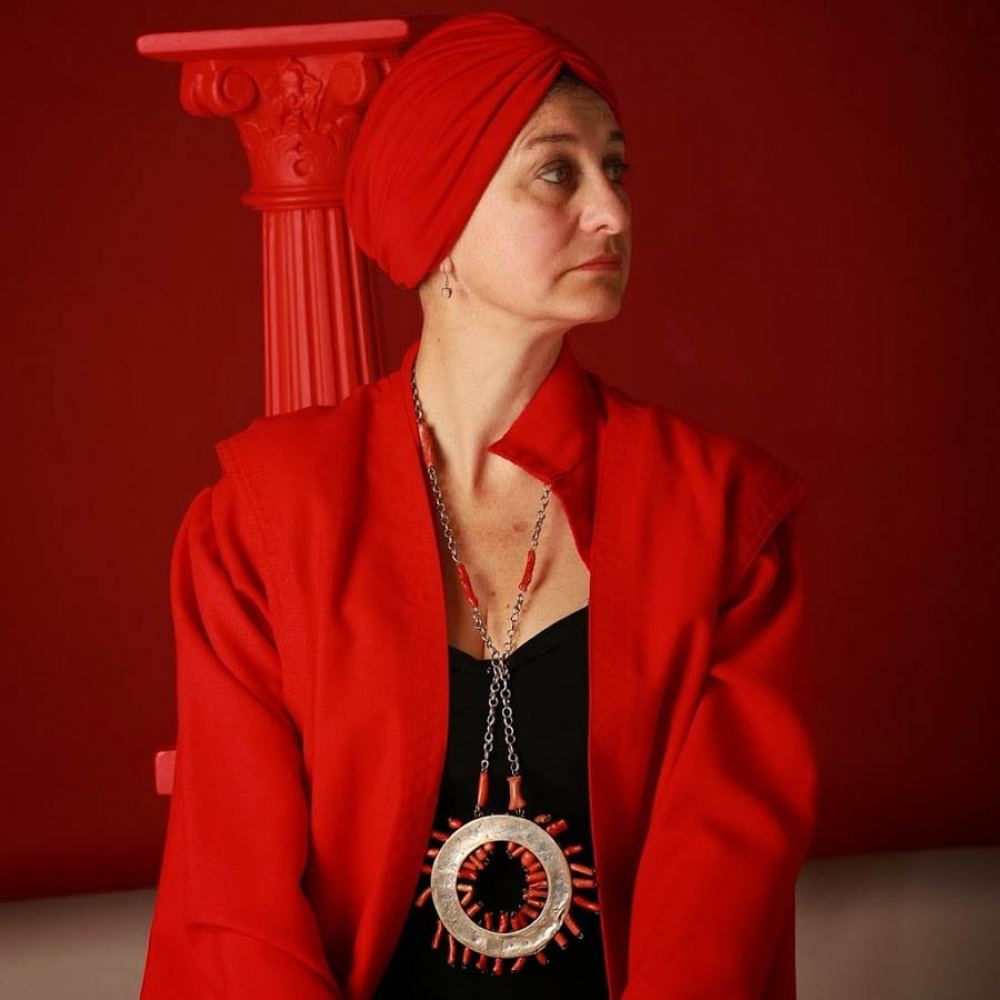 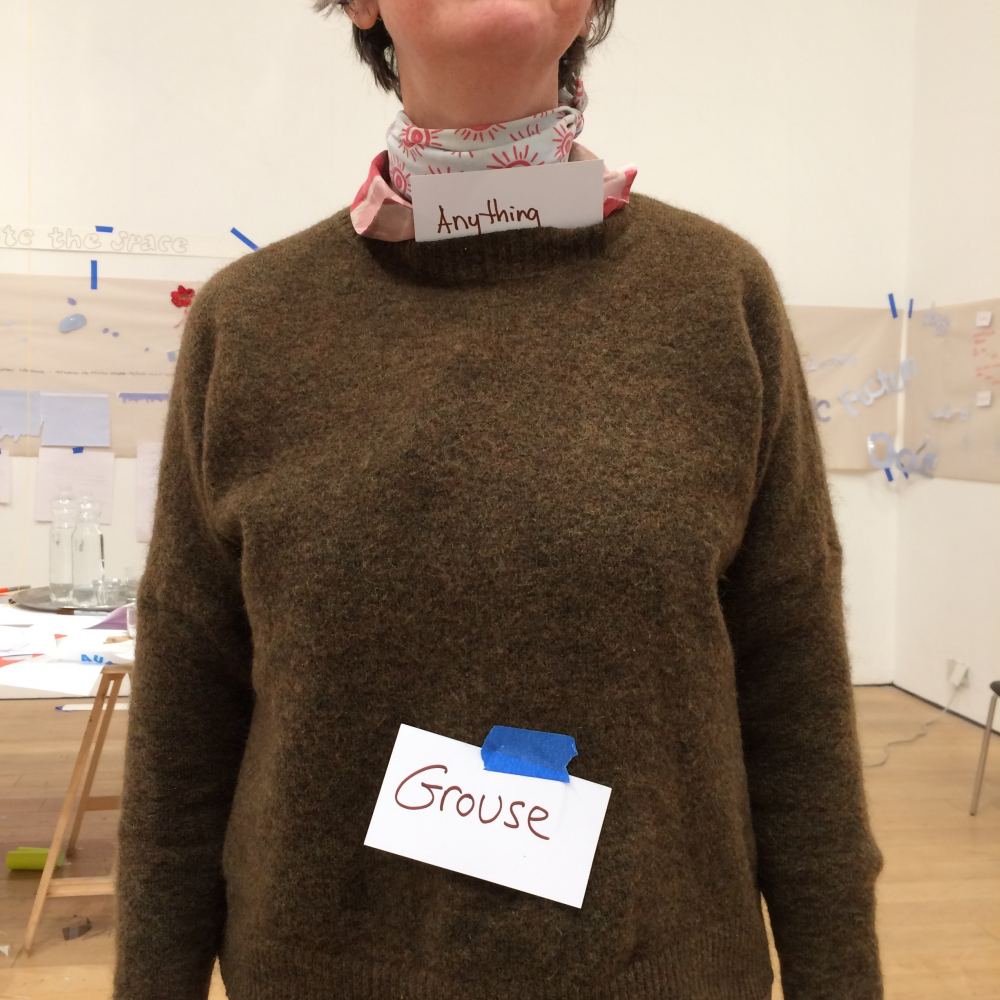 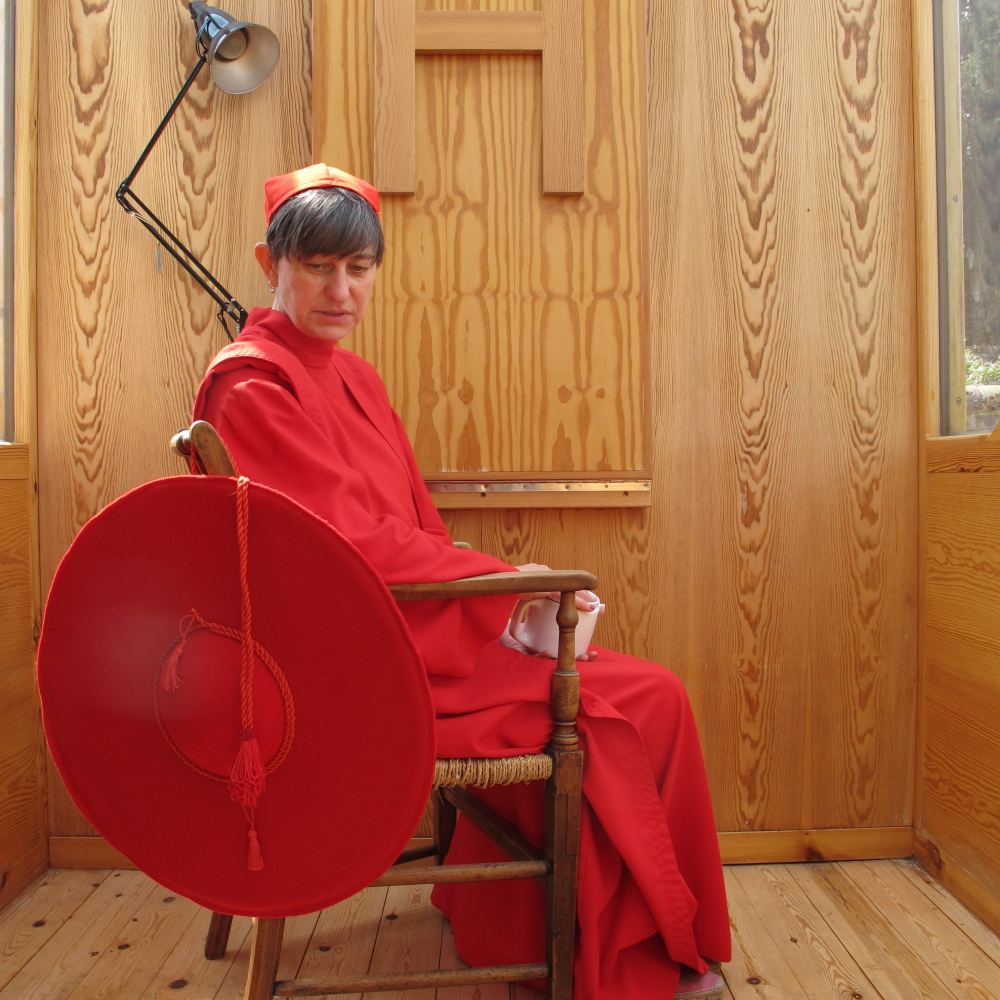 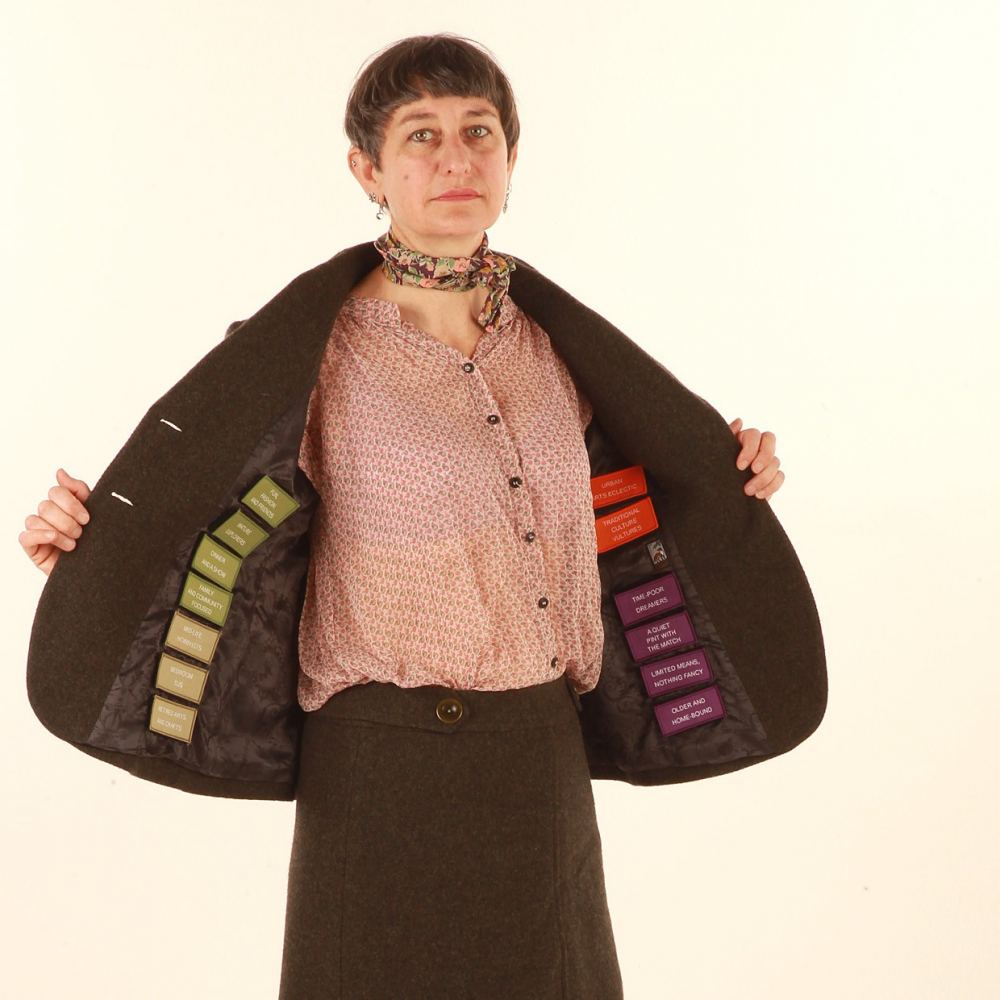 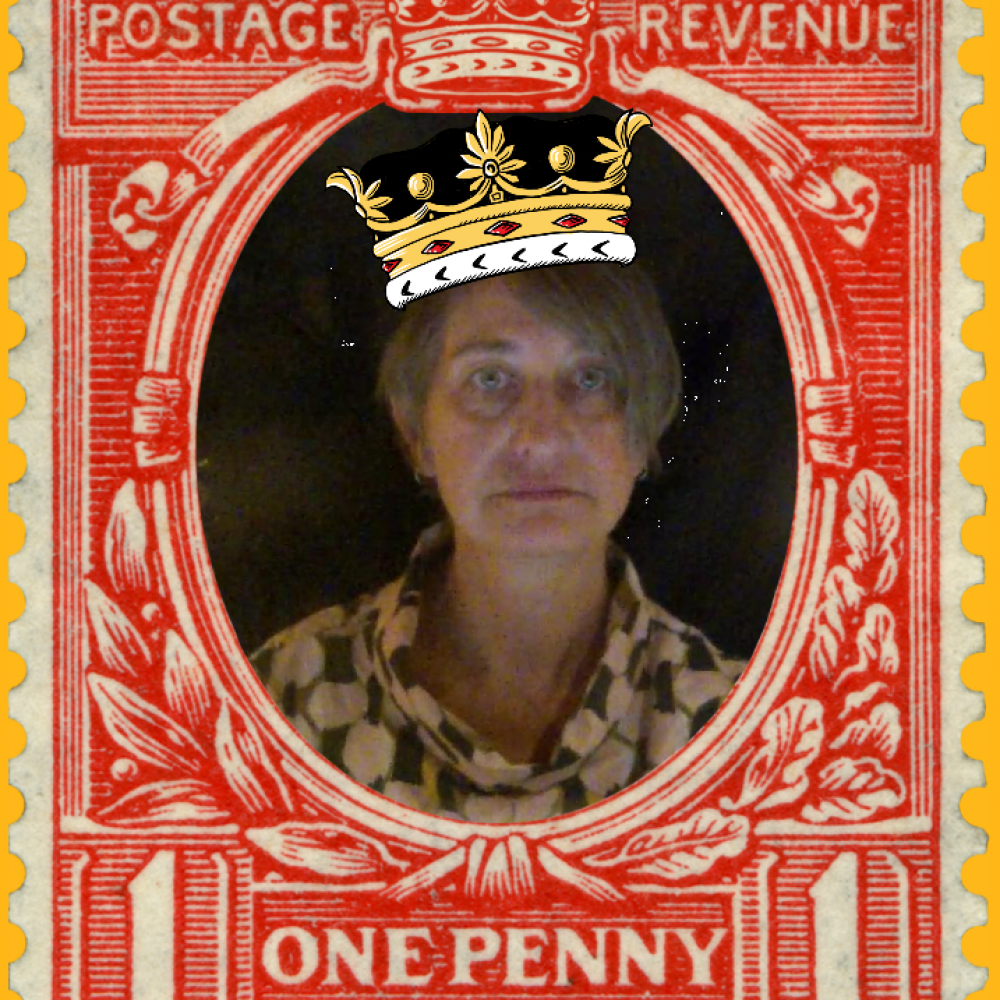 At a glance my art output seems to be a series of random acts of making, but there is always a progression and investigations into ideas of self-location are a recurring theme. I have always felt somewhat disjointed; wrong place, wrong comprehension, wrong me. I make work as a means of formulating myself and as a way to plug the holes in my identity. My making process is always ideas led. First the what, then the how.

So my arts practice is diverse. I produce prints, ceramics, collage, books, sewn pieces, paintings and other objects. However the mainstay of my practice is drawing, but drawing in its broadest sense, using scissors, needles, tin snips, fretsaw as well as pencil, ink, paint and clay. It is about making shapes and forming space within a line.

I am interested in the daily rituals of life and the relationship of the domestic environment with the outside world. I work from a home-based studio creating environments inspired by and referencing other artists, and literature. I am drawn to found materials, everyday detritus, that carries past associations and meaning.  My intervention and reappropriation of these found scraps is an elaboration and continuation of the narrative of these things.

So’Bosch is a major project of ceramic pieces inspired by Hieronymus Bosch paintings.  Bosch’s combination of the real and the fantastical elements tally with my own feelings of disjuncture. Many of the Bosch objects I re-create in ceramics are shelters of some kind.  I am interested in ideas of dwelling, occupation of space, and hiding, safety versus entrapment.

These notions of containment and occupation of space interest me in relation to gender and domesticity. I examine these issues more directly in my film Semi–Imperfect Containers.

Using one thing in place of another is another thread in my work. This can be using the geometric patterns of the insides of commercial envelopes as college material for still-life pieces or making ceramic objects to represent the scenes from the 1959 film Some Like it Hot.

Narrative and story telling are important elements in my work. I have long had a fascination with Fairy Tales. I am currently working on big piece of writing on their significance for me, and on nine soft sculptures. I also make books, using them to explore a number of themes; from books about my insecurities in harbouring doubt, the autobiographical Being Baby, to a children’s story Night School for Cats, to a 14 letter Boschabet.

I have also started venturing into performative and staged events. Throughout 2020 I hosted a gathering on the 3rd of each month called Platform 3. I am also developing a piece of work about St. Jerome for which I have made a complete red Cardinal's outfit; as yet the outcome is unknown.

I am also interested in conceiving work in response to location. I have an on-going project with Leicester Print Workshop called PrintDance. Mapping and interpreting the movements of printmakers as they go about make prints, using various processes and the equipment within the workshop space.

Back in the spring of 2009 I undertook a project called A Cake For Every Day. Working with a small independent bakery in Stamford, Lincolnshire, a different cake was made daily and placed centre stage in the shop window to be seen, bought and consumed. The project has a website www.acakeforeveryday.com. The idea was inspired by a 1919’s cake recipe book, The Everyday Cake Book.

From January 2003 till December 2013 I kept Scrapbook Diaries. Each day I selected a memento from the day’s activities. It was fixed and dated into a handmade book made from folded DL envelopes. Bus or exhibition tickets or shopping receipts take on a new significance when archived in this way. As individual objects they are mundane, but placed within a series of books they take on a more serious intent, a desire to reflect/recall the passing of time, different phases of a life: children growing, the death of a parent. This ‘minutiae of memory’ parallels the written diary but gives the viewer more scope for personal reflection. Unfortunately my date stamp stopped at 2013; so I changed my approach for 2014. Instead of sticking the mementos into a book, I collected scraps by the month, then soaked them and compressed them into scrap-bricks. For 2015 I hole punched the scraps and made them into monthly bundles using a clip binder forming Scrap-packs. Since 2016 I've returned to the book form, this time using folded C5 envelopes. I continue to catalogue my life from scraps of paper.

I am happy to work on large pieces or on an intimate scale. Through a friendship with Architect Enric Miralles I was given the opportunity to be part of the Scottish Parliament project team and was personally responsible for the design of The CannongateWall, a 30metre wall leading to the Parliamentarians entrance. The wall is a montage of Scottish stone, text pieces and drawn line on cast concrete. Whilst working as an architectural model maker in Enric Miralles and Carmen Pinos’ studio in 1989 I made friends with Eva Prats, and later Ricardo Flores, who were then architectural students. I have since worked with them in Copenhagen, Denmark on part of a big exhibition on public housing and they also commissioned me to make a paper theatre to celebrate the completion of their building for Sala Beckett Theatre and Drama School in Barcelona, Spain. This piece was shown at the 2018 Architectural Biennale in Venice and is part of the V&A's permanent collection . 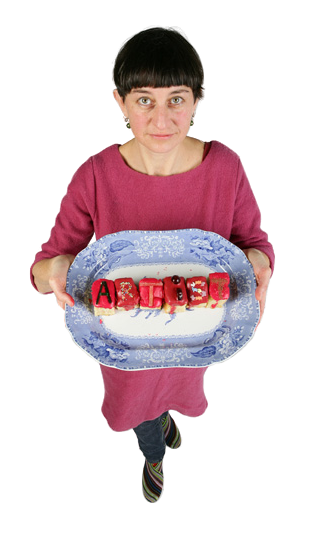